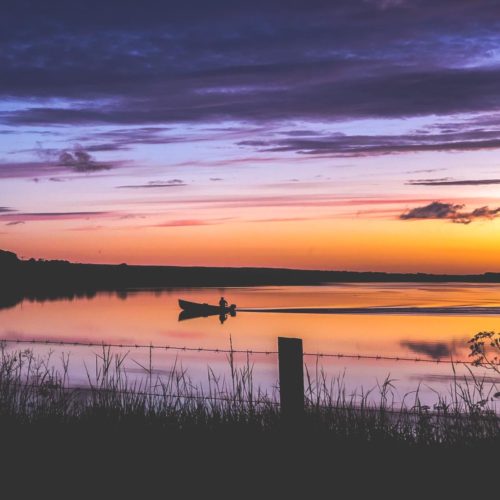 Watten is a marl loch with an average depth of around 2.5m. Known by phrases such as "the jewel in the crown of Caithness lochs" or "the Leven of the north" it is widely regarded as one of the best lochs in Caithness. With fish averaging around 1lb and plenty in the 2-3lb bracket, it's a must when visiting Caithness.

Be warned though, perseverance is often the key when fishing this loch and many anglers come back empty handed.

In 1960 the riparian owners on the loch were no more than five. Mr. Sinclair Swanson, Banks Lodge ; Mrs. Barnetson, West Watten House : Dr. Dobson; Mr. Barnetson, Lynegar Farm and the Ministry of Agriculture and Fisheries, who owned the ground stretching from the battery to the Quoinee burn, i.e. the whole of the west bank of the loch except for the two fields owned by Mrs Barnetson. DFFA had two boat lets from the department increased to three in the mid sixties and one from Dr Dobson. Angling on the loch regulated by the Loch Watten Proprietors Association who issued an annual â€œterm of lease document which stated, among many other things, that fly fishing only was allowed and that one boat right only was allowed on riparian right. They also employed a Watcher. In 1962 the proprietors ruled that the hours of fishing be between 8am. and 11pm. or sunset whichever was earlier. This raised questions which were answered when it was proved that the loch had been stocked at some point by the owners thus giving them the legal right to protect the fishery. Although there is no hard evidence, the loch was reputed to have been stocked with fry hatched from Loch Leven and the Watten trout certainly are of a distinctive silver colouring, much like the Leven fish.

In 1980 the Department sold the farms to the tenants and there then followed a year of confusion with the new owners having a lot more to think about than people looking for boat lets. Eventually things sorted themselves out and lets were obtained from Mr Barnetson on the Lynegar side of the loch. From the outset all of the new riparian owners showed interest in maintaining the Proprietors Association except for one who could not see his way to complying with the one owner one boat rule nor, more importantly, with the fly fishing only rule. This more or less rendered the Association ineffectual but they still hold their annual Proprietors Competition so there is still hope that the situation will return to what it was and this great loch will regain the status and protection it deserves. In 1999 at the instigation of DFFA and with permission of Mr Barnetson and financial contributions from loch users, a hard core road was laid down the side of the field leading to the berth at Lynegar and an area fenced off for parking. In recent years concern has been expressed regarding algae bloom which appears on the loch in mid summer and certainly there has been an increase in weed growth. These are problems which indicate rising nutrient levels which, in turn, require delicate negotiations and understanding if satisfactory solutions are to be reached.